[Documentation of these case studies was selected and managed by Karl Fjellstrom while working for ITDP-China. The full report is available here (75mb PDF).]

As cities grow, they will have to redesign major avenues to prioritize transit, walking and cycling if traffic gridlock is to be avoided. Before, Guangzhou’s Zhongshan Avenue faced gridlock.

After the opening of Guangzhou’s Gold Standard BRT system in 2010, average bus speeds increased from about 15 kph to about 22kph, and mixed traffic speeds increased by about 15%. The Guangzhou BRT system carries over 800,000 passengers per day, and 27,400 passengers per hour in a single direction, more than most metro systems. It is the first BRT system in the world with full integration with a metro system. The Shipaiqiao station handles one bus every 13 seconds, and the nearby Gangding Station handles more than 110,000 boarding and alighting passengers a day (not including transfers within the station, which are free). Multiple sub-stops and passing lanes at each station allow buses to pass one another, effectively tripling the station capacity compared to a station without overtaking lanes and sub-stops and also making express buses possible. The Guangzhou BRT is one of the first of a new wave of BRT systems that combine full BRT station features but also do not require passengers to change buses to reach destinations not directly on the BRT corridor.

With Shipaiqiao served by both metro and BRT, it is a prime and central location in the city to build high density development. In addition, when the BRT system was built, new promenades were built, new bike lanes were re-introduced into the corridor, and bike sharing was made available at most of the stations, another world first.

The new developments are commercial, but also surrounded by new high density residential developments. The area is surrounded by a dense network of small walking-oriented streets, and offers a seamless connection between the new Metro, BRT, and surrounding properties.

The massive Taikoo development, which combines retail, hotel, and offices, has only 4% of the built floor area dedicated to parking,which is very low by international standards and well below China’s national off-street parking guidelines.

Congestion at Shipaiqiao in December 2008, just before the BRT station construction

Shipaiqiao BRT station, 31 May 2011, just after the opening of the BRT-metro connection at Taikoo Hui mall 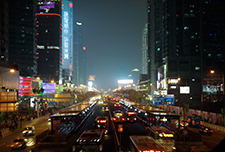 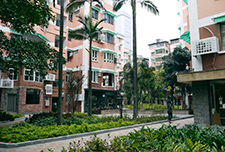 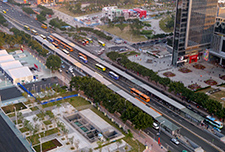 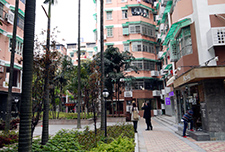 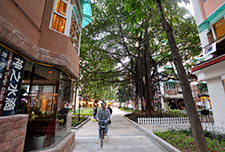 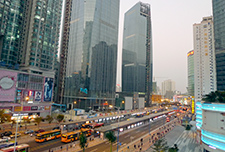 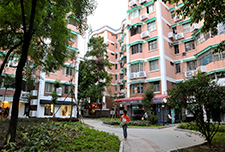 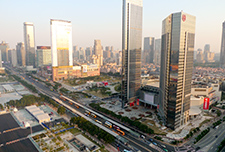 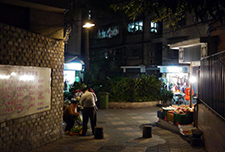 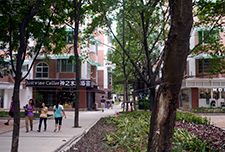 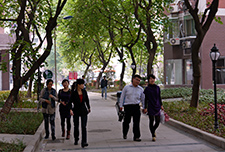 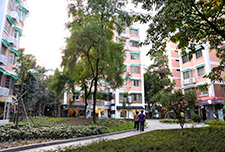