Count Suggests No Traffic or Congestion Reduction from Jakarta MRT

A standard promise made during MRT projects is that traffic congestion will be reduced as people shift to the MRT instead of using private motor vehicles. "MRT in Jakarta is expected to reduce the number of motor vehicle users by 25,500 each day" (newcities), "MRT: The Key to Reducing Jakarta’s Chronic Congestion" (Indonesia Expat), "Jakarta launches metro to battle notorious traffic problems" (BBC, 1 April 2019 after the system had already opened), and "Jakarta inaugurates MRT system to tackle one of world's worst traffic jams" (Straits Times) are common refrains.

Channel News Asia breathlessly proclaimed the month before the system opened that "Jakarta takes first step on journey to end traffic nightmare with new MRT". The article goes on to quote Jakarta's MRT Director declaring that, "This is the moment to change Jakarta. This is the moment to make Jakarta better and free from traffic jams."

This is the moment to make Jakarta better and free from traffic jams.

Are these assertions true?

Far East Mobility carried out a count of traffic flows along Jl. Sudirman in the Setiabudi area, where the MRT runs underneath, from 8:15am to 8:45am to assess the veracity of these claims that the MRT would dramatically impact traffic flows and congestion. The counts were carried out on Wednesday 20 February 2019, around a month before the MRT opened, and on Thursday 21 November 2019, eight months after the system opened. An eight-month delay in our 'after' count of traffic flows meant that demand conditions could adjust to a new equilibrium as passengers adjust their daily commuting patterns. The MRT was also free or heavily discounted for the first month of operation, which distorted initial demand patterns.

The reality revealed by the counts is that motor vehicle flows in the MRT corridor actually increased by 8.1% after the MRT was opened, or by 5.7% when converted to passenger car units (PCUs). (Motorcyles were converted to PCUs at a value of 0.33 per PCU, while buses were converted to PCUs at a value of 3.) Surveys of vehicle speeds were not carried out, but it can be assumed that with increased rather then decreased traffic flows, congestion has not been improved by the Jakarta MRT and on the contrary has probably worsened. 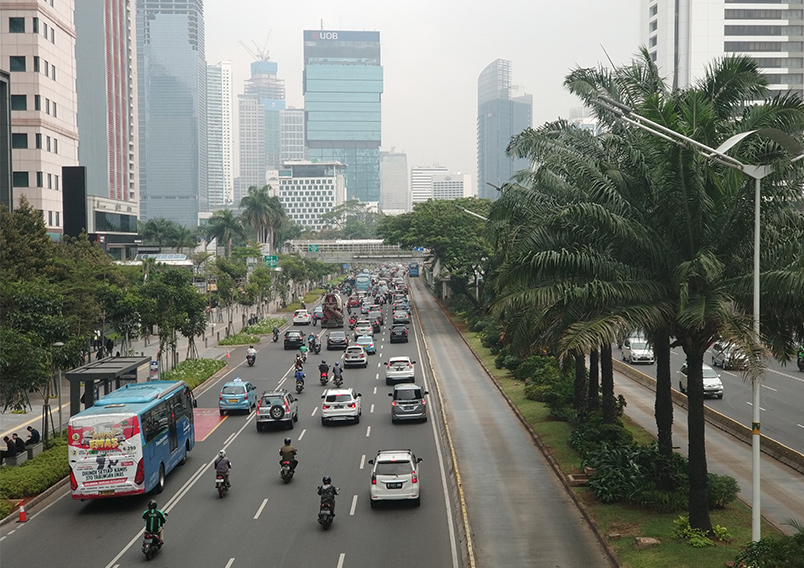 View from the count location along Jl. Sudirman. The MRT runs underneath this roadway.

The first MRT line potentially has many benefits in Jakarta, though these traffic counts suggest that congestion reduction is not one of them, at least according to traffic flows in the MRT corridors over an eight-month period after commencement of operation.

Assurances that the MRT would reduce congestion were not the only unrealistic claims made by metro system proponents. The metro system planners greatly overestimated the MRT system ridership.

A Japan International Cooperation Agency (JICA) report from June 2015 by JICA, Nippon Koei Co. and Tokyu Land Corporation included detailed demand projections (page 2-10) with boardings for each station, citing the "UDGL and METI Study Report". The demand projections add up to 465,525 daily passenger boardings in the MRT line from Bundaran HI to Lebak Bulus. The actual ridership of around 90,000 per day in late 2019 is only 19% of this projected demand. 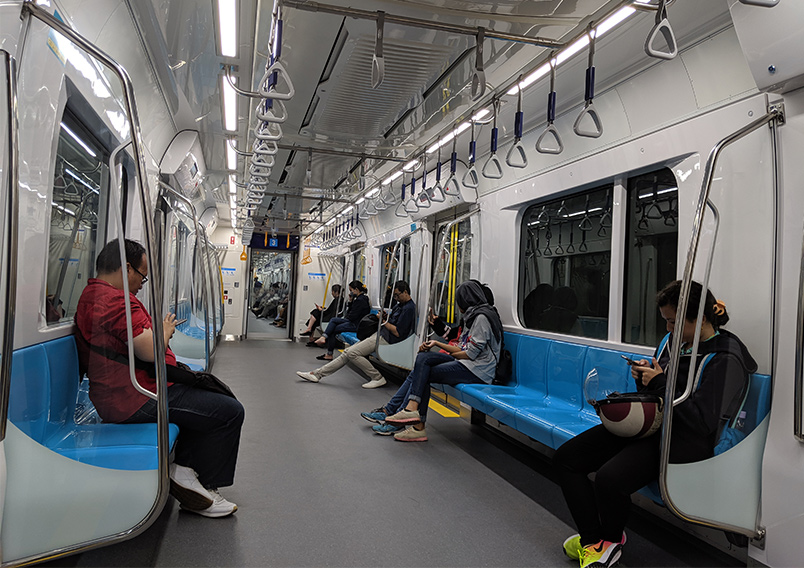 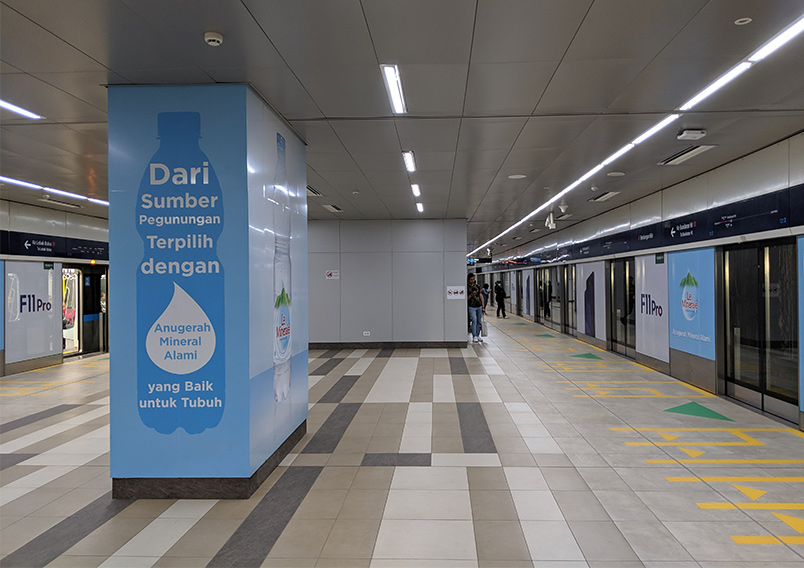 Ample space available at stations and in MRT trains during the PM peak on Friday 10 May 2019 near the count location.