Mobike and other new generation bike sharing systems that do not require docks or stations and can be quickly and easily used via a smartphone application linked to now-ubiquitous mobile payments through Wechat and other platforms, has reversed years of gradual decline in cycling, made cycling cool and popular again, and rendered the old bike sharing model based on docks and stations obsolete.

Since the first Mobike dockless, GPS-enabled bike sharing bikes appeared on the streets of Guangzhou in July 2016, Mobike and the other main dockless bike sharing systems - Ofo, Bluegogo and others - have rapidly supplanted the traditional bike sharing system based on docks and stations, and now account for more than half of all peak hour cycling trips along the BRT corridor. (During off-peak times, when travel is generally more discretionary and less geographically fixed, site observations suggest that the proportion of Mobike and new bike system usage is even higher.) This has occurred despite the fact that the new systems do not provide a free usage tier, with the old system offering the first hour usage for free.


Far East Mobility carried out counts of bikes passing three points along the BRT corridor in the morning from 8:18-9:18AM at two locations near the Huajing Xincheng BRT station, and in the evening from 5:05-6:35PM near the Tangxia BRT station. Both counts were on the north side of the road and covered bikes going in both directions along the BRT corridor. The counts were held at exactly the same time and location as counts done in August 2014, for comparative purposes.

The use of personal (non-bike sharing) bikes in the February 2017 survey was roughly the same as in August 2014, but the number of personal bikes had declined by around 10% by August 2017. It is quite clear that the large increase in cycling is attributable only to the dockless bike sharing systems, and provided that the business model of the new system remains viable, usage of regular bikes is likely to further decline.

Users have abandoned the old dock and station system and flocked to the new, dockless bike sharing bikes.

In areas where users have a choice between the old and new bike sharing systems, such as along the BRT corridor and in Jinshazhou, a high density new housing area in the west of Guangzhou where thousands of the traditional dock and station model bike sharing bikes were installed in early 2016 as part of an ill-timed signature initiative of former Mayor Chen Jianhua, the user preference is very clear: users have abandoned the old dock and station system and flocked to the new, dockless bike sharing bikes.

With a doubling of bike trips due entirely to the new dockless bike sharing systems, the onus is now firmly on local authorities and road designers to provide much better bike facilities in the form of continuous bike lanes, bike-friendly intersection design and operation, vastly improved greenway networks, and reduced conflicts between bikes and buses at bus stops. Shenzhen, which has practically designed and regulated bikes off the city's roads, is typical of the hostility or at best indifference still shown by many local authorities to cycling, which will hobble the potential for bike sharing to replace longer trips by motor vehicles. Bikes are still marginalized in the traffic system, with cyclists often forced onto walkways or discontinuous bike lanes. The rapid recent uptake of the new bike sharing systems will hopefully prompt improvements to bike lanes, and to bicycle treatment at intersections and bus stops.

Typical scenes throughout Guangzhou in 2017. Most cyclists are using the new dockless bike sharing models, but bike facilities have yet to be improved. 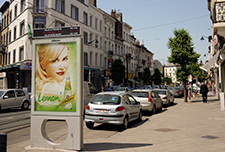 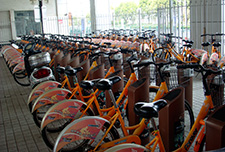 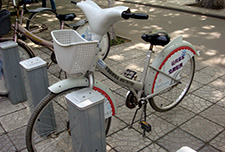 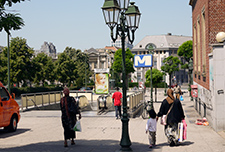 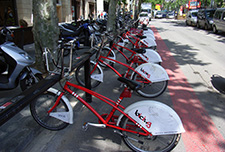 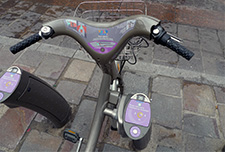 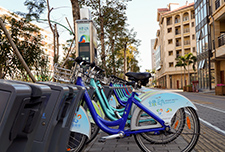 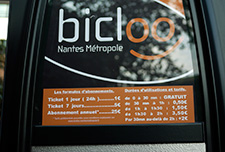 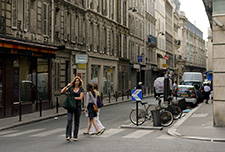 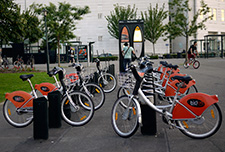 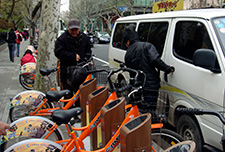 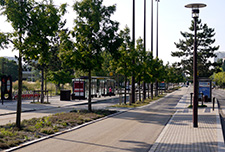